Where to Live? 10 Best Neighbourhoods in Pickering, Ontario

One of the many things that the pandemic has taught us is the importance of location. The right location offers the perfect balance of having your own space, amenities, nature and a diverse community. Many home buyers consider moving to or spending their retirement in Pickering, Ontario because of its ideal location near Toronto. Pickering’s a no-brainer for those who want a suburban lifestyle. Lastly, Pickering’s known for having family-friendly streets and its close proximity to nature parks.

If you want to enjoy the perks of living in Pickering, keep an eye on these top 10 neighbourhoods.

Surrounded by Petticoat Creek to the west and Canadian Rail to the north, Woodlands is one of Pickering’s smallest and oldest neighbourhoods. It’s endowed with forest areas, modern amenities and community centers. The famous Ernie L. Stroud Park features over 500 species of plants, a vast playground for kids and a distinct bench carved from a 90-year-old fallen ash tree. Average real estate prices in Woodlands are $672,000.

Located northeast of Pickering, the Brock Ridge neighbourhood has many public green spaces, woodlands, ravines and recreational facilities with the West Duffins Creek and the East Duffins/Gandatsetiagon Creek running through the area. It’s easy to get around  with access to major highways and street-level transit stops.

Located in south Pickering, Bay Ridges is a mix of detached, semi-detached, townhouse and apartment dwellings first developed in the 1960s. Here, you’ll find the recently-developed Nautical Village – a famous tourist attraction that was developed between 2004-2007. The Nautical Village also has residential apartments and townhouses, shops, businesses and restaurants. You’ll also see San Francisco by the Bay – a cluster of townhouses and high-rise apartments.

Developed between 1900 and 1940, West Shore’s one of Pickering’s oldest neighbourhoods. Its housing’s a mix of detached and semi-detached homes as well as townhouses and industrial business parks. Along its creek and bay, you’ll enjoy a number of natural parks, a lakeshore path, a promenade, a yacht club and a canoe club.

Rosebank’s neighbourhood is mostly single-detached homes that vary in style and age. Rosebank’s located across Lake Ontario, which allows its residents to enjoy its abundant green spaces and natural areas. Just like Westshore, Rosebank’s one of the oldest neighbourhoods in Pickering, developed between 1900 to 1940. Average home prices in Rosebank are about $1.6 million.

Located in north central Pickering, Liverpool has a number of natural green spaces and wooded areas. This neighbourhood’s close to many of the city’s famous attractions, one of which is the hydro transmission corridor. Developments in Liverpool were accomplished in the 1970s. Due to its vast land area, residents are able to access basic amenities, along with a variety of shopping, retail and dining options.

Located in the central east of the city, the Town Centre’s home to a variety of commercial and service establishments, including the famous Pickering Town Centre Mall. This neighbourhood’s made up of condominiums, apartment buildings, detached homes and townhouses. Real estate prices in this neighbourhood are around $850,000 for a detached home and $439,000 for a condominium.

Situated in the southwest of Pickering and bounded to the west by the Atlona Forest,  Amberlea neighbourhood’s known for its rich history and special attractions. The Altona Forest and wildlife corridor, for instance, provides natural areas and greenspaces for the neighbourhood. Amberlea’s housing consists of single detached, duplexes, townhouses and low-rise apartment buildings. The average price for a detached home’s around $850,000.

Located in central-west Pickering, Highbush’s among the city’s oldest neighbourhoods, surrounded by a natural heritage system. Residents in Highbush have spacious lots and residences that are in good condition. This is a nature lover’s top pick, as the neighbourhood’s endowed with over 80 square kilometers of forestry, trails and scenery. The average real estate price in Highbush is approximately $710,000.

Final Take about Living in Pickering

Whichever neighbourhood you choose to settle in, one thing’s for certain: the city of Pickering’s a great city to live in with many great neighbourhoods to fit any lifestyle. Its accessible green areas, natural parks, historical sites and a wide variety of services and amenities makes Pickering a city worth settling in.

Based just outside the Greater Toronto Area, Daisy Raouph’s a mortgage broker and financial security advisor equipped with over 30 years of experience in mortgage and financial services. Consult Daisy today and find the best places in Pickering! 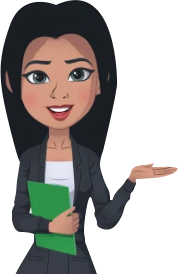