10 Most Beautiful Neighbourhoods to Settle in Toronto

Toronto’s known as the city of neighbourhoods… a place of inclusion and diversity. It’s also an interesting place to plant your roots for a number of reasons. Composed of 140 neighbourhoods, this city’s home to every type of community imaginable. The city of Toronto offers a mix of high-rise and suburban sprawl, together with jobs and opportunities to choose from. It’s not new that choosing the best neighbourhood to settle in is difficult, since this depends on factors surrounding your priorities.

If you’re a home buyer who’s looking for the best neighbourhood to live in Toronto, this’ll vary depending on your priorities and finances. Which location best suits your lifestyle? What’s the proximity of your workplace from your family and friends? How much are you willing to budget to buy your next home?

Located just past the Kensington Market, Little Italy’s got a lot of charm, eateries and nightlife activities. Every weekend in June, Little Italy’s got a festival which is considered as one of Toronto’s best summer street carnivals. Little Italy’s proximity is a short distance to Line 2 of the subway train via streetcar. Just one block north of College Street’s Dundas West, where you’ll find Little Portugal. This makes Little Italy one of the most vibrant neighbourhoods to live in Toronto.

Known as one of the safest and family-friendly neighbourhoods in Toronto, Danforth-Greektown’s best known for its street festival that takes over Danforth Avenue during a weekend of August. This neighbourhood offers many restaurants and bars, which offers a simpler experience than many of the other bars in west end or downtown Toronto.

Transportation is convenient as Line 2 of the TTC subway system runs underneath Danforth Avenue. Danforth-Greektown also offers many green spaces, making it a great place for nature lovers. With just a short walk south to Riverdale South, you’ll spot one of the best views of Toronto’s skyline.

A charming neighbourhood in Toronto, Cabbagetown boasts the largest and continuous area of preserved Victorian housing in North America. Many homes have been restored to their original glory, with modern features that contrast the details of the typical Victorian-era architecture. In Cabbagetown, you’ll also find the 1850s Riverdale Farm and Neropolis Cemetery.

The Annex has been home to students, faculty and staff from the University of Toronto. It’s also home to young professionals and creative adults. The Annex begins at the northwest boundary of downtown Toronto and is filled with older houses, pubs and eateries that suit a student’s budget. Aside from being a student-friendly neighbourhood, the Annex also offers lots of opportunities, as new businesses continue to open near the subway stations on Line 2.

This neighbourhood’s a popular place for young families. Although Bloor West Village and Runnymede don’t have much green space, its close proximity to the Humber River and High Park make up for it. There’s a bunch of public parks (such as the Beresford Park and Etienne Brule Park) which offer outdoor activities and stunning views. South of this neighbourhood’s the Swansea Community Recreation Centre, which provides many programs for all age groups. Bloor Street West’s also famous for its excellent shops, where residents will find almost everything they need.

Scarborough’s more than a collection of farms and settlements. In fact, its metropolitan area has progressed since it merged into the city of Toronto. Amid its small size, it has a diverse population, courtesy of new immigrants who’ve settled down throughout the years. This neighbourhood has a variety of restaurants that serve dim sum, bento box lunches, sushi as well as delicacies, including ramen noodles and roti. It’s also peaceful and orderly with a 3% lower crime rates when compared to other neighbourhoods in Toronto.

Located around the intersection of Yonge Street and Eglinton Avenue, Yonge-Eglinton’s a popular metropolitan area that can easily be accessed from downtown Toronto. From being a quiet and humble intersection, this neighbourhood has pivoted to be the Las Vegas of midtown Toronto, endowed with high-rise condominiums and wonderful restaurants.

High Park North provides breathing space from the hustle and bustle of the downtown area, offering a village-like setting. Recognized as one of the most natural sites in Toronto, this neighbourhood’s located to the south of the suburb, boasting more than 400 acres of green space and making it among the largest parks in North America. In addition, its parkland’s home to countless ducks, birds and squirrel species, with over a third of the park remaining in its natural state.

East Chinatown’s one of Toronto’s numerous Chinatowns. In the early 1970s, East Chinatown became home to a huge Chinese community, offering a variety of fruits and vegetables. Over time, this neighbourhood has become known as the hub of activity – restaurants that offer cheap dim sum, pho, fresh vegetables and assorted Chinese baked treats.

A multicultural district in Toronto, Kensington Market’s one of the city’s most famous and oldest neighbourhoods. It’s famous for book shops, cafes and pubs, restaurants and thrift stores. This neighbourhood also has various food outlets that offer meat, fish, fruits, bakeries, spice shops and cheese shops. Many of its ethnic businesses have been replaced with high-end cafés, restaurants and clubs.

If you’re still uncertain where the perfect neighbourhood is in Toronto, take this article as an assurance that there’s going to be a neighbourhood in this city for everyone. Don’t rush; take your time to establish your credit report and save up for a downpayment. Working with a professional can surely help you identify the best place to live in the city.

Based just outside the Greater Toronto Area, Daisy Raouph’s a mortgage broker and financial security advisor with over 30 years of experience in mortgage and financial services. Consult Daisy today for help in getting started on finding your new home in Toronto. 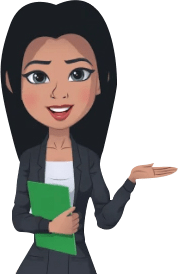